Addressing the World’s Answers to Its Own Questions 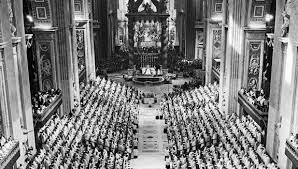 In his engrossing My Journal of the Council, the great French Dominican theologian Yves Congar (1904-1995) recalled a February 2, 1965 meeting of the sub-commission De signis temporum (« On the Signs of the Times »), at which Bishop Karol Wojtyla (the future Pope Saint John Paul II) « made some remarks of an extreme gravity. He said: we are considering only the questions posed by the new world situation supposedly described in chapter I [of Schema XIII, which developed into Gaudium et Spes, the council’s « Pastoral Constitution on the Church in the Modern World »]; but this modern world also provides ANSWERS to these questions. And we must reply to these answers, for they constitute a putting in question of our own response. And yet, we are not taking into consideration either these answers or the questions posed for us by the fact of their existence. The Marxist answer really exists: it is not truly being considered here, although it is shared by two fifths of humanity. … There it is not presented imply as an academic mode of THOUGHT, but it penetrates and shapes the whole of life in which humankind is called to live and work. »

The future Pope’s intervention « made a very great impression » on Congar. How adequately the contemporary Church has considered not just the modern world’s questions but the answers this same modern world has developed remains unresolved. Even in the case of Marxism, the presenting issue for Wojtyla in 1965, it is hardly evident that all of Marxism’s alleged answers have been effectively replied to. Of course, some might contend that the subsequent collapse of the Soviet Union has definitely falsified Marxism’s claims. But surely the Church’s own history shows that the failure to come to pass of what was previously predicted does not automatically invalidate an answer! And, even apart from the historical case of the failed Soviet experiment, there remain multiple trends in Marxist theory that still propose themselves as plausible answers to the questions posed by modernity, answers which still require a reasoned reply.

Moreover, a lot else has happened since 1965. For obvious reasons, Wojtyla had Marxism in mind at that time. Since then, however, a new world situation has also offered a range of new ideas and novel answers, which pose comparably compelling and credible challenges to Christianity’s answers.

Thus, conservative commentator Ross Douthat, for example, has argued, in To Change the Church: Pope Francis and the Future of Catholicism (Simon and Schuster, 2018), that Vatican II successfully « dealt directly with problems (the church’s relationship to democracy, to religious liberty, to Judaism) that belonged to the crises and debates of the nineteenth and early twentieth centuries. » On the other hand, he suggests, « when it looked forward it turned vague and prolix, with many generalizations about the state of modern man and his unprecedented situation and the need for the church to think and act and evangelize anew, but rather less that amounted to a concrete, specific agenda for such action. »

This, of course, reflected the situation of the early 1960s when the Council occurred. The Council began, Douthat reminds us, « at a moment of optimism about the church’s institutional strength, its internal cohesion, its capacity to deal successfully with the challenges of the modern age. » It ended « in 1965, with the birth control pill newly invented, the divorce revolution just beginning, second-wave feminism just gearing up, and gay rights still the most marginal of causes. » Thus, it did not and hardly could have addressed « the issues that broke across Catholicism and Christianity with the sexual revolution, and the distinctive crisis that subsequently swept over the church. »

Douthat has hardly been alone in noticing that Vatican II and the post-conciliar styles of thinking to which it gave birth seemed at the time to be very well suited to reconsider the challengingly complex questions posed by the new world situation of the 18th, 19th, and early 20th centuries – including (but not limited to) such contentions questions as democracy, religious liberty, the Church’s relationship to the modern economy and to modern social relations, and older questions (now raised in a new context) of the Church’s relationship with Judaism, Islam, and other non-Christian religions. As Wojtyla worried in 1965, the answers offered by the Church in response may not have completely countered the compelling character and credibility of some of modernity’s own alternative claims, but at least a convincingly credible effort was made, which pointed the way toward new directions for engagement with that new world which the 18th 19th, and early 20th centuries had created. But a lot has happened since then. We are in new and very different territory when we consider the newer, very different questions which have been posed since then – and even more so when we consider the radically individualistic libertarian discourse with which those questions have increasingly been answered.

How may this reality – and, as importantly, a wider recognition of this new reality – impact initiatives aimed at evangelizing or re-evangelizing our contemporary society? 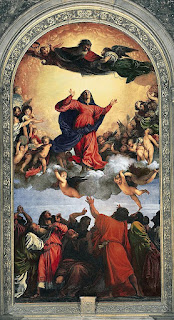 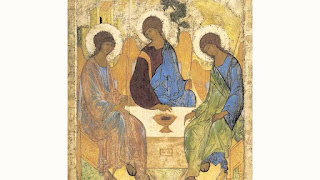 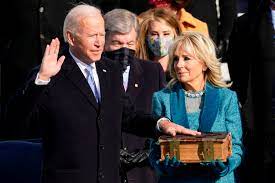