Bishops speak against transport of migrants; it ‘offends God,’ says one 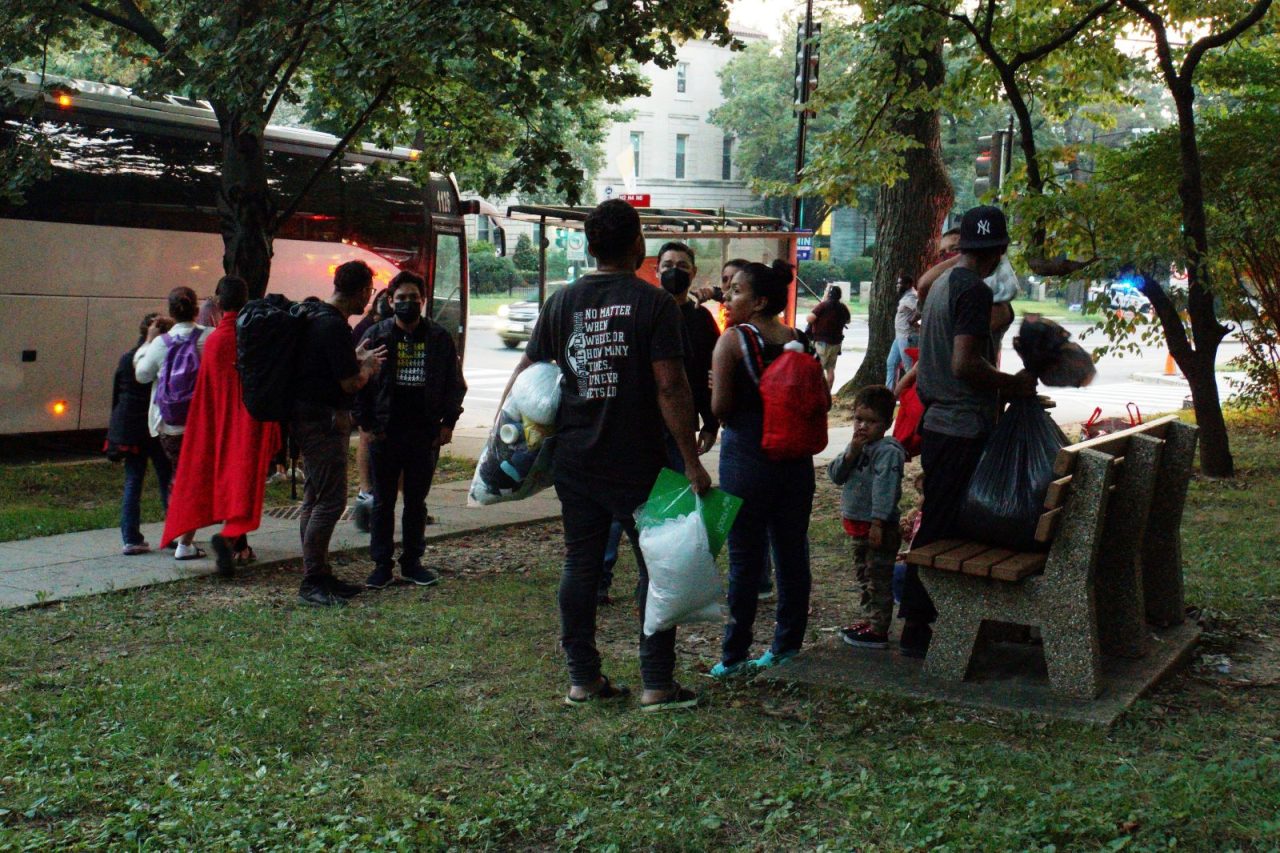 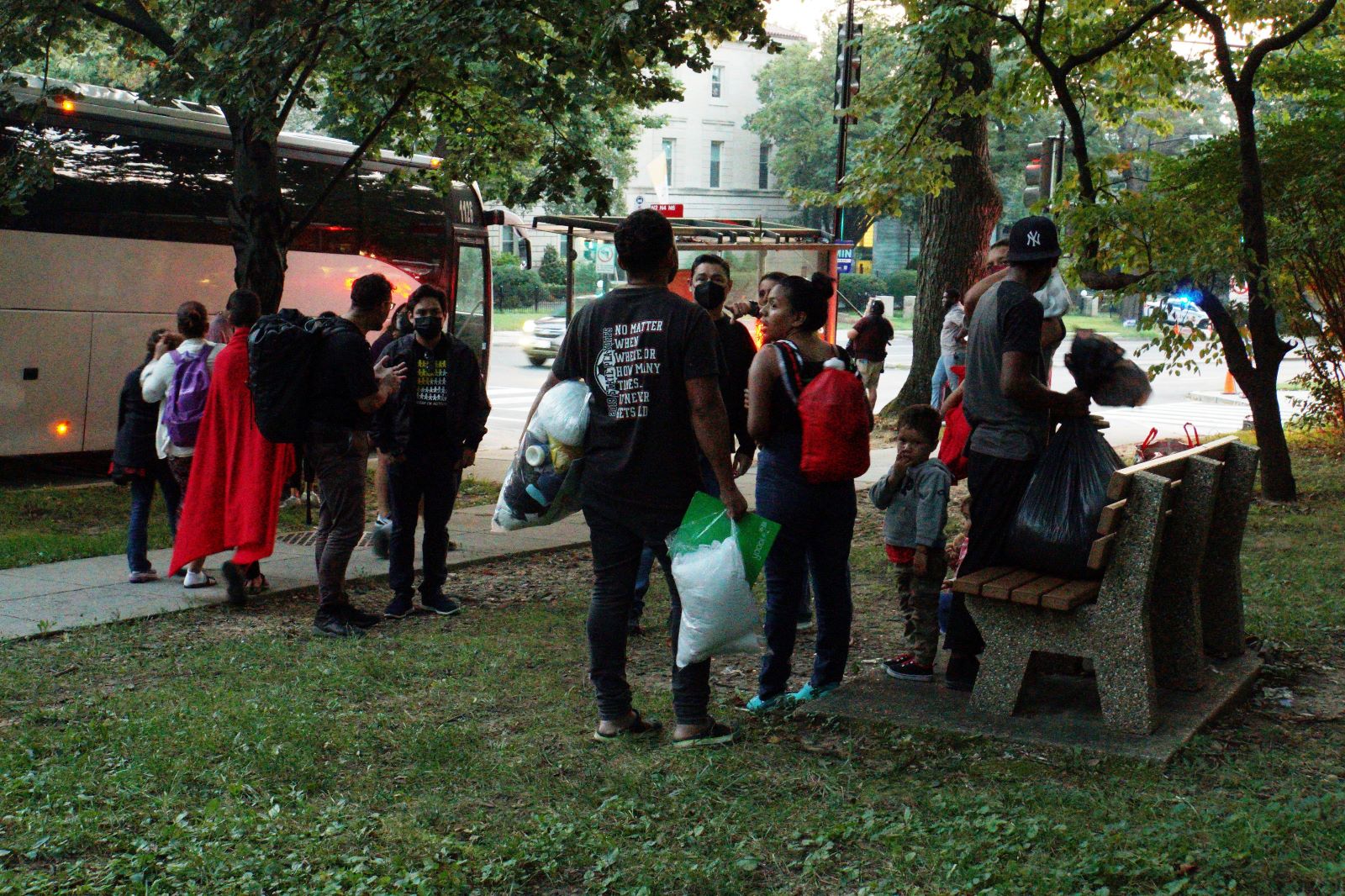 WASHINGTON (CNS) — Several U.S. Catholic bishops slammed the actions of Republican politicians who have recently begun to send out of their states groups of women, children and men seeking refuge.

They said these politicians are falsely telling the migrants that work, food and other benefits await them if they get on planes to other locales, but instead the only thing they find on the other end of the trip is confusion.

“To use migrants and refugees as pawns offends God, destroys society and shows how low individuals can (stoop) for personal gains,” wrote San Antonio Archbishop Gustavo García-Siller on Twitter Sept. 18.

He was one of several bishops to speak out after the latest drop-off of migrants — two groups of mostly Venezuelans who were flown Sept. 14 to Martha’s Vineyard in Massachusetts by Florida Gov. Ron DeSantis.

More than 6 million people have fled Venezuela because of political turmoil that has sent the country into an economic spiral, causing what the U.N. refugee agency calls the “second-largest external displacement crisis in the world.”

Though many have fled to nearby countries, others, with family in the U.S., have opted to make the long trip north.

The Texas archbishop said the tactics to ship them off elsewhere “promote human trafficking,” and he called out the “sick actions” of political leaders who do “little about the issue.”

Some of the migrants have been sent from border states such as Texas and Arizona to Washington and New York in planes and sometimes buses. Some were recently dropped off near Vice President Kamala Harris’ residence in Washington without prior notice to local officials.

Volunteers in those cities, including faith-based nonprofits such as Catholic Charities, have scrambled to help the newcomers confused by the situation.

“The problem is not the refugees, it is leaders that cannot accept: We are one with humanity,” Archbishop García-Siller said, adding that he would be praying for “conversion of heart” and for the protection of brothers and sisters in need.

Earlier this summer, the Catholic Legal Immigration Network called for the protection of Venezuelans in the U.S. given the country’s turmoil, where hyperinflation has caused supply shortages of food and medicine, among other basics.

Republican politicians such as DeSantis, a Catholic, have followed the lead of Texas Gov. Greg Abbott, also a Catholic and a Republican, who first began busing and flying groups of migrants in the summer.

Abbott said the move was to protest the Biden administration’s stance to allow in refugees and other migrants and give politicians who support allowing migrants into the country a taste of what border states such as Texas deal with on a daily basis when large groups of people pour in.

However, the group DeSantis sent to Martha’s Vineyard is believed to have originated in San Antonio, not Florida.

San Antonio’s Archbishop Garcia-Siller, said on Twitter that “Texas is not overwhelmed by refugees.”

Another Texas prelate, Brownsville Bishop Daniel E. Flores, said Sept. 16 on Twitter that “the degrading disrespect with which immigrants are treated in this country — like pawns in games of political showmanship — is a disgrace.”

“Are we so drunk on our own power that we are blind to basic human dignity? Judgment on Christians who disrespect the poor will be most severe,” he said.

Though taken by surprise, the community at Martha’s Vineyard pulled together to help with the sudden arrival of the migrants Sept. 14.

In a Sept. 16 statement, Bishop Edgar M. da Cunha of Fall River, Massachusetts, said the community responded in the manner the Gospel tells Christians to care for the stranger, citing St. Matthew’s Gospel: “For I was hungry, and you gave me food, I was thirsty, and you gave me drink, a stranger and you welcomed me.”

“This mandate was clearly evident in the inspiring response of the Martha’s Vineyard community as a whole to the plight of some 50 migrants mostly from Venezuela who were literally left stranded on their island on Wednesday,” he wrote.

“Shelter, food, and basic needs assistance were quickly provided in accord with the dignity due all migrants, who are — first and foremost — our sisters and brothers in the human family regardless of birthplace or legal status,” he added.

Various faith groups and others stepped in to help, including high school students studying Spanish who facilitated communication with the migrants.

“Here in the Diocese of Fall River, which encompasses Cape Cod and Martha’s Vineyard, we must do all we can to ensure a humanitarian response to this crisis,” Bishop da Cunha.

“Now that the state has relocated the migrants from the island to a military base on the Cape mainland, bilingual staff from Catholic Charities-Diocese of Fall River (Catholic Social Services) is there to welcome them in their native language and to assist officials in assessing their needs, immediate and long term,” he said.

The Catholic agency “agency has committed its resources to address these needs working alongside the state and other relief agencies,” he explained, adding that “pastoral outreach including Mass and the sacraments will be made available from our parishes in the region, and parishes may also be called upon for other support depending on needs that become evident.”

He added that he knows one of our churches on Martha’s Vineyard “is ready with additional shelter space should the need arise.”

In Florida, Archbishop Thomas G. Wenski of Miami said that “reports of Florida involvement in transporting migrants from Texas to Martha’s Vineyard are disconcerting.”

He said immigration is not just a political issue but a fundamental human and moral issue, adding that migrants are “not faceless numbers — but human persons” and are brothers and sisters.

“Any action to transport persons under false pretenses and leave them stranded with no assistance would be to diminish their human dignity and objectify them,” he said.

Archbishop Wenski said the “broken immigration system is a problem; but immigrants themselves are not ‘problems.’”

Boston Cardinal Seán P. O’Malley said in a Sept. 16 statement the situation requires a longer-term response because “not only Venezuelans, but Haitians and other Latin Americans are caught up in the crushing emergency of the U.S. southern border.”

But a partnership between nonprofit agencies with civil authorities can help those who need it, he said.

“From the Dreamers who still seek legal stability in their lives, to those fleeing war in Ukraine, poverty in Latin America and Africa, or crises in the Middle East, the call of our common humanity will be with us for years to come,” he said. “I pray we will be equal to the challenge.”

Bishop da Cunha said what was most important was to keep in mind the Christian response toward the vulnerable.

“These newcomers to our area have endured a difficult journey and the challenges they face are many,” he said. “Our welcome to them must be marked by respect and compassion and be coupled with our prayers for them in the weeks and months ahead.” 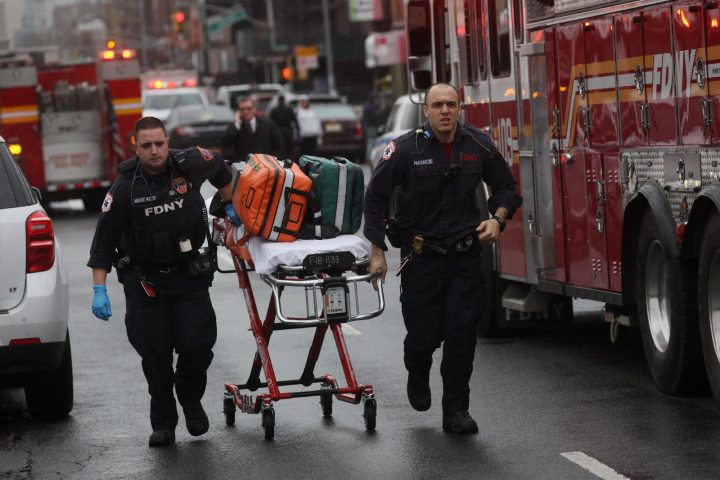