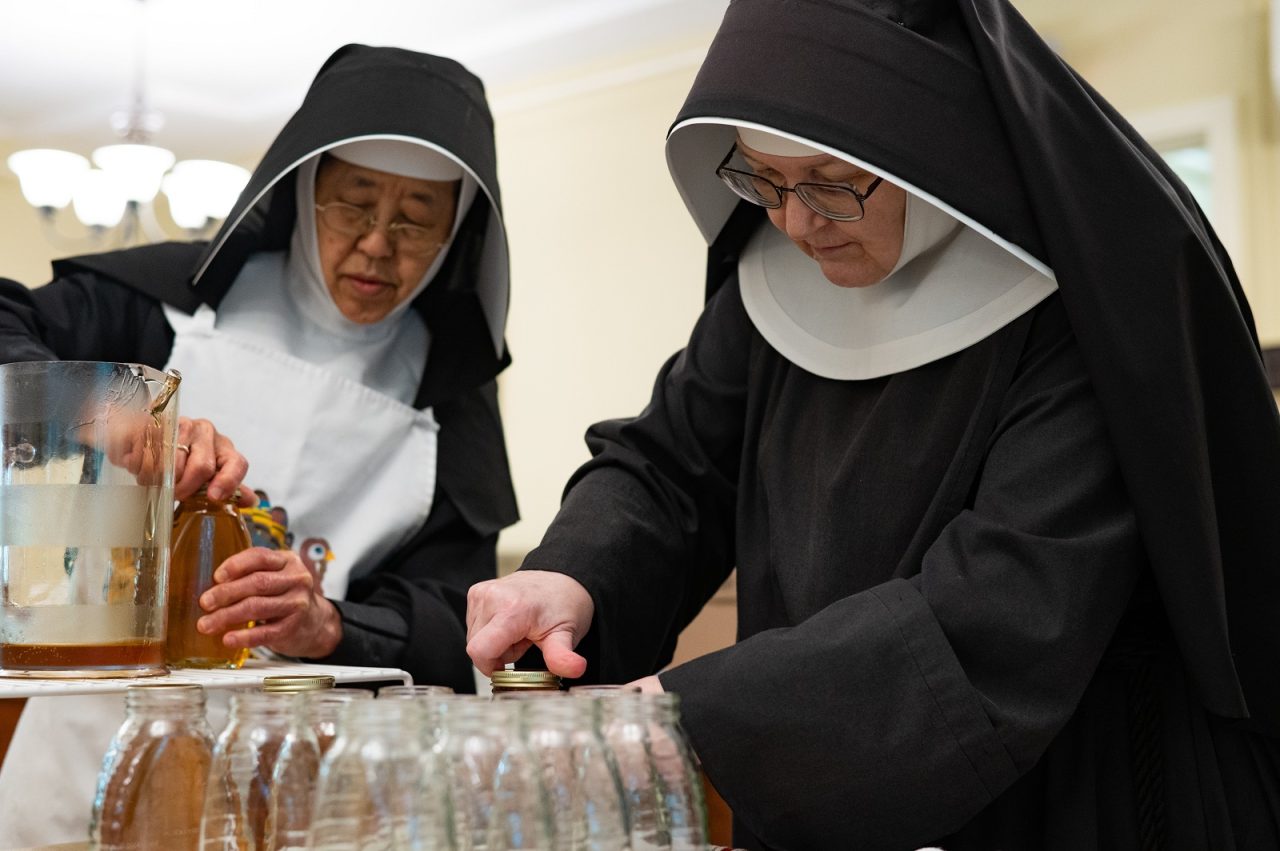 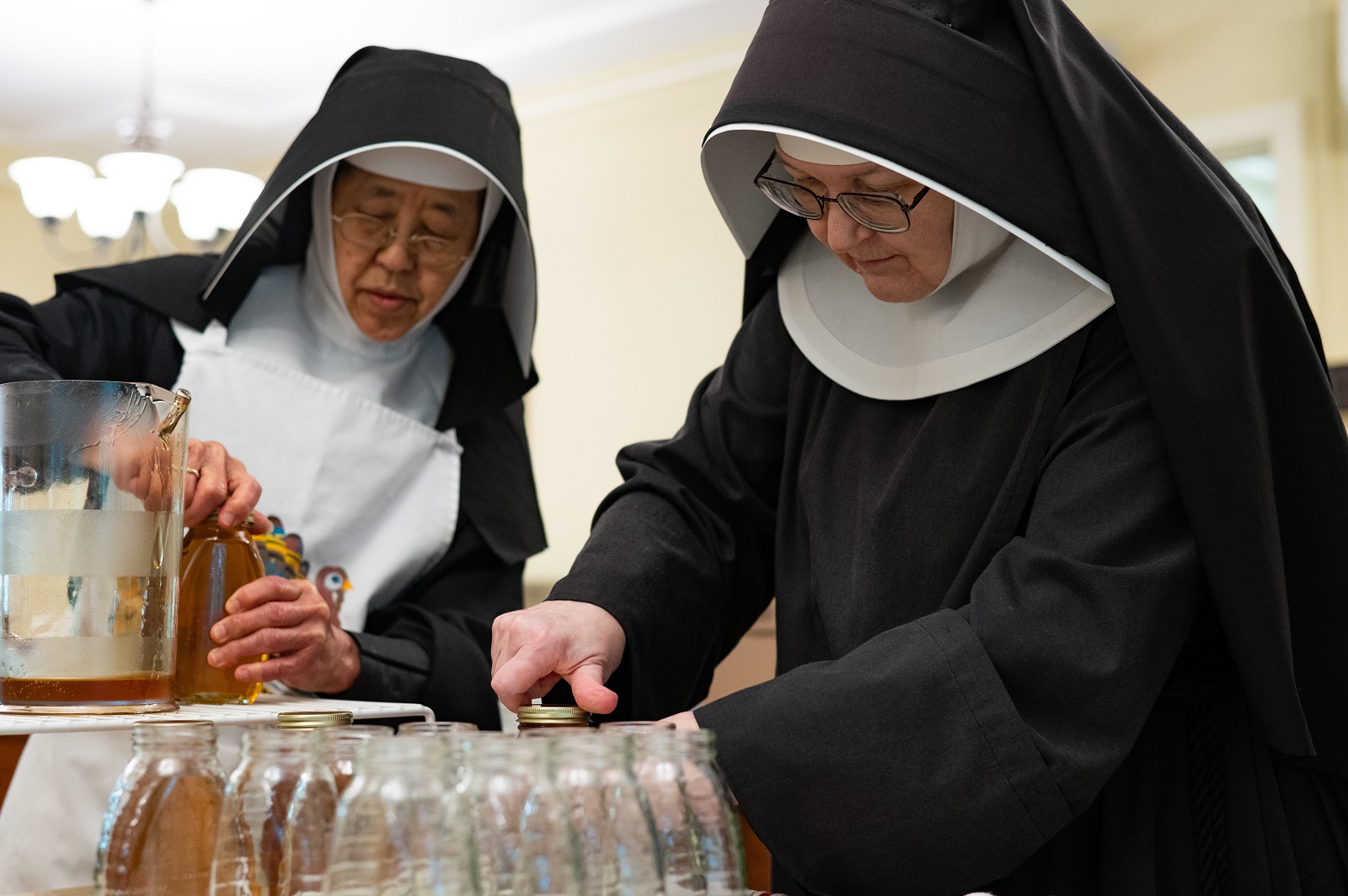 Careful to stop the current as the sticky substance reached the container’s one-pint capacity, Sister Deborah Rose screwed on a metal cap before one of her fellow All Saints Sisters of the Poor attached a label.

“Produced by bees-in-residence at the All Saints Sisters of the Poor Convent,” the label proudly proclaims. “Harvested & bottled in Catonsville, Maryland.” Hundreds of thousands of honeybees living in 12 colonies scattered across the religious community’s bucolic 100-acre campus helped produce the bottled honey held in Sister Deborah Rose’s hands.

The bees collect nectar from flowers and plants across the property and over a three-mile radius, Sister Deborah Rose said, bringing it back to the hives where they transform it into honey. Over the course of each worker bee’s 6-week lifespan, each insect produces just 1/12th of a teaspoon of honey. Yet, taken together, that honey is enough to fill more than 200 jars.

“The process of working with nature and having this honey — this beautiful, golden honey — is very meditative,” Sister Deborah Rose said. “God created these tiny little creatures that are doing so much and working so hard.”

The All Saints Sisters of the Poor first became involved in cultivating bee colonies three years ago when two of their neighbors, both amateur beekeepers, asked if they could establish hives on the nuns’ property.

The beekeepers, Clement Purcell of Mount Calvary Catholic Church in Baltimore and Martin Kersse of Our Lady of Perpetual Help in Ellicott City, take care of tending the hives and extracting the honey. The sisters’ job is to bottle the sweet product, which is divvied up among Purcell, Kersse and the sisters.

The raw honey sells for $20 a jar in the All Saints Sisters of the Poor gift shop, with the proceeds reinvested into beekeeping.

The honey jar labels include an image of Our Lady of Walsingham, one of the earliest apparitions of the Blessed Virgin Mary especially beloved by English Catholics and many Anglicans. That’s significant to the All Saints Sisters of the Poor who came to Maryland in 1872 as an American branch of an Anglican women’s religious community in England.

The Baltimore sisters were received into the Catholic Church in 2009 by then-Baltimore Archbishop Edwin F. O’Brien and are now recognized as a “diocesan institute” of women religious overseen by the Archbishop of Baltimore.

The sisters have long been concerned about nature — nurturing bluebirds, rehabilitating injured or sick animals and fostering the preservation of troubled species. In recent years, they have raised monarch butterflies.

“We are a community that is part contemplative and part active,” Mother Emily Ann explained. “When you are interacting with creation, you are actually partaking in that creation in a different way. It feeds us spiritually because it brings us closer to our Lord through what he’s created. He gives us opportunities to participate almost as a co-creator as we bring forth new life and keep it going.”

Purcell, a biologist by training, said there are many examples of the hand of God in beekeeping. He noted, for example, that when the temperature reaches exactly 57 degrees or below, the bees’ wings stop functioning.

“So they form a cluster,” said Purcell, who wears protective clothing and uses calming smoke when handling the bee colonies. “They disengage their wings and they vibrate and that generates heat. They protect the queen bee. This is the miracle of God.”

Mother Emily Ann said the honey produced by the sisters’ bees is always sweet, but has different features every year depending on what the bees eat. This year’s batch is a slightly darker shade of gold and is thicker than previous years.

The hardest part of the sisters’ job, she said, is dealing with all the stickiness. The sisters are constantly cleaning bottles and keeping surfaces clean, she said. They rely on the intercession of St. Ambrose, patron saint of beekeepers.

“It’s a perfect use of our property and helps in the conservation of bees,” she noted, “and you get something wonderful in return.”

Matysek is managing editor of the Catholic Review, news outlet of the Archdiocese of Baltimore. 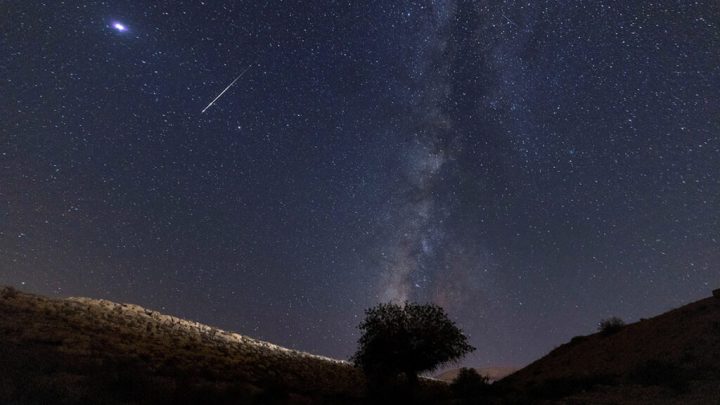 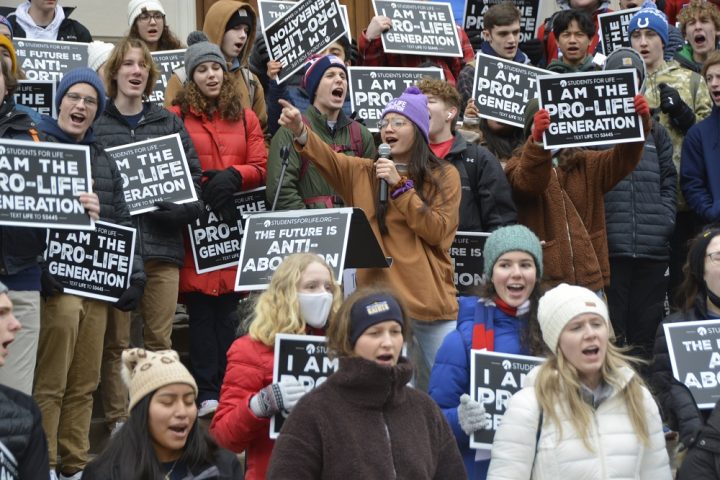 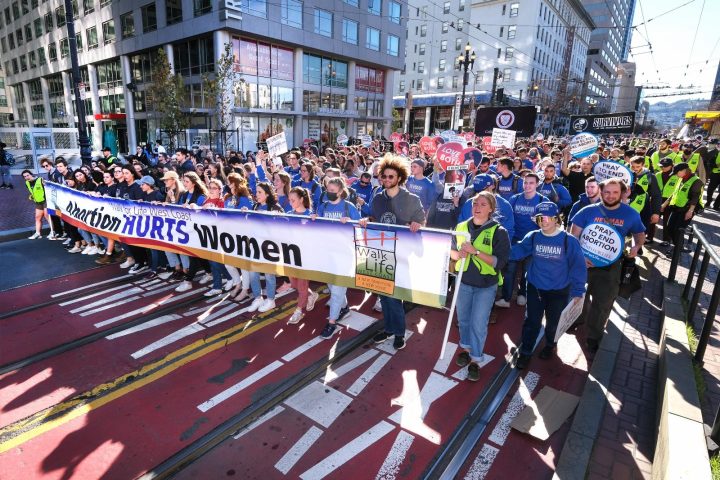