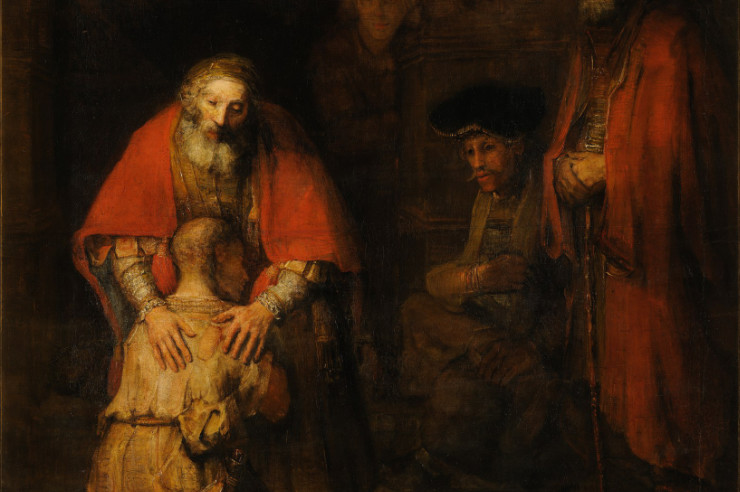 It is when we admit to our weakness, when we surrender all to God, that He can remake us into His likeness and lead us to perfection.

Chapter 15 of Luke’s Gospel presents to us three parables of God’s rich mercy: The Lost Sheep, The Lost Coin, and The Prodigal Son. The latter, sometimes referred to as the Parable of the Merciful Father and the Two Sons, is an especially powerful lesson, rich in imagery. These three parables provide the willing Christian with a lifetime of material for fruitful meditative prayer.

A common theme runs through all three stories of mercy.  In each, something of value is lost; a great, seemingly exaggerated search for what is lost takes place; what is lost is found; and the person who finds what is lost invites all to a great, joyful celebration.

Each parable is intended to show us the mind of God the Father toward us, His children. The Parable of the Prodigal Son is particularly rich in imagery, far more so than a short article could cover. For our purposes, let’s look at just a very brief outline of the fall of the younger son in the third parable:

I provide this outline to emphasize just how gravely this son sinned against his father and his family in the parable and,therefore, the richness of the father’s mercy.  It was a great surprise to those who heard Jesus speak, to see how the father not only acceded to the son’s demand, but especially how he showed great solicitude for him.

“While he was still a long way off, his father caught sight of him, and was filled with compassion. He ran to his son, embraced him and kissed him” (Luke 15:20).

The son came to his senses. At first, his contrition was imperfect, much like ours can be, motivated out of hunger or fear, but through the trials of his ongoing conversion, he developed a growing perfection to the sorrow he felt for his sin. As he was returning (as his conversion was processing), his father never stopped loving and watching for his son. Even while the son was a distance away, the father caught sight of him and rushed toward him. The merciful father is the divine image of our merciful Heavenly Father who demonstrates great solicitude of each of us, no matter how gravely we have sinned and persisted in that sin.

This parable follows the structure of the two parables that preceded it. A son who was lost is found and a great, communal celebration ensues. At one level, this is heaven rejoicing at “one sinner who is saved.” At another level, the feast is an image of the Eucharist that we celebrate in anticipation of the heavenly banquet.

There is so much more to explore in this parable, but I want to highlight just one more verse:

“But his father ordered his servants, ‘Quickly bring the finest robe and put it on him; put a ring on his finger and sandals on his feet’” (Luke 15:22).

Take a moment to apply this to your own condition. At Baptism, you were restored to the human condition that God intended, the condition lost in the Fall.  Sacramental Confessions accomplishes the same in regards to our personal, mortal sin commited after Baptism.  No longer estranged from God, the chasm is closed and the path to heaven reopened. And God does not accept us merely as servants, but as adopted sons and daughters of the Most High.

The Greatness of God’s Merciful Initiative

I sometimes need to remind myself of the magnificence of God’s gift of mercy. All three of the items the merciful father had placed on the person of his younger son in the parable show the dignity, purpose and responsibility of the younger son and, therefore, each of us. What must be understood is more than simply God forgiving us—that is great indeed—but also who He intend for us to be and our responsibility to intend the same.

CCC 2002 – “God’s free initiative demands man’s free response, for God has created man in his image by conferring on him, along with freedom, the power to know him and love him. The soul only enters freely into the communion of love. God immediately touches and directly moves the heart of man. He has placed in man a longing for truth and goodness that only he can satisfy. The promises of “eternal life” respond, beyond all hope, to this desire…”

The Responsibility of Man’s Free Response

Each of us knows and has experienced the struggle against sin. You may find yourself struggling with a smorgasbord of sins or there may only be one particular sin you can’t seem to overcome. You may have heard it said, “Don’t be so hard on yourself, you are only human.” Maybe you have said it yourself. But that is not God speaking.  The merciful father bestowed gifts on his younger son that imply a responsibility on him to not sin. As Jesus told the woman caught in adultery, “…Neither do I condemn you. Go, (and) from now on, do not sin any more” (John 8:11).

I teach adult education and bible study classes and speak and write on matters of the Catholic faith. Often I will encourage people to not sin, to live lives of heroic virtue, to aspire and work toward perfection in all things by the grace of God. Sometimes I am told, “You are not reasonable… you should not lay so heavy a burden on people… after all, we are only human.”

Of course we are fallen humans, but we are also adopted children of God standing in His grace. It is important that we minister to people where they are and bring them the good news of God’s mercy, but, it is also important to announce the good news of who God desires us to become.  Since the Redemption, each of us has the power to “become sons of God”.

“But to those who did accept him he gave power to become children of God, to those who believe in his name, who were born not by natural generation nor by human choice nor by a man’s decision but of God” (John 1:12-13).

Spend some quality prayer time meditating on that verse!

It is possible for us to “sin no more.” With every temptation God allows us to encounter, He provides the necessary grace to overcome it. Jesus calls us to perfection in Him.

“No trial has come to you but what is human. God is faithful and will not let you be tried beyond your strength; but with the trial he will also provide a way out, so that you may be able to bear it” (1 Corinthians 10:13).

“So be perfect, just as your heavenly Father is perfect” (Matthew 5:48).

The above quote from Matthew is taken from the Sermon on the Mount. Under the Old Law, without Jesus, we could not be saved.  However, now we can be—and we can also overcome sin and attain to perfection. Some people claim that Jesus only intended the Sermon on the Mount to be understood as ideals for living, knowing that we could never live them. But I challenge them to read the sermon in context and learn what Jesus has in store for “those who believe in his name”.

It is when we admit to our weakness, when we surrender all to God, that He can remake us into His likeness and lead us to perfection. We will attain perfection in this life or, if we make it to Purgatory, in the life to come.

We need to acknowledge the possibility that we can cease to sin—no matter our experience to the contrary, we need to desire it and we need to will it! It all begins with humility and surrender. I will pray that you reach the highest heights. Please also pray for me.

Image credit: “The Return of the Prodigal Son” (detail) by Rembrandt | Public Domain via Wikimedia Commons

Deacon Bickerstaff is available to speak at your parish or event. Be sure to check out his Speaker Page to learn more. Into the Deep is a regular feature of the The Integrated Catholic Life™.

Please help spread the Gospel. Share this article with family and friends on Facebook and other social media. 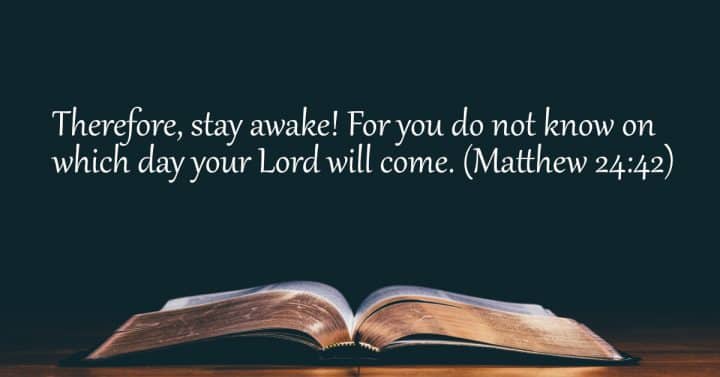 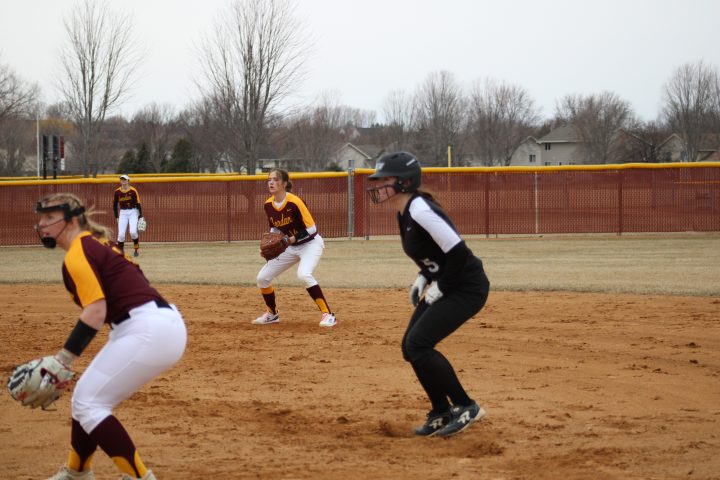 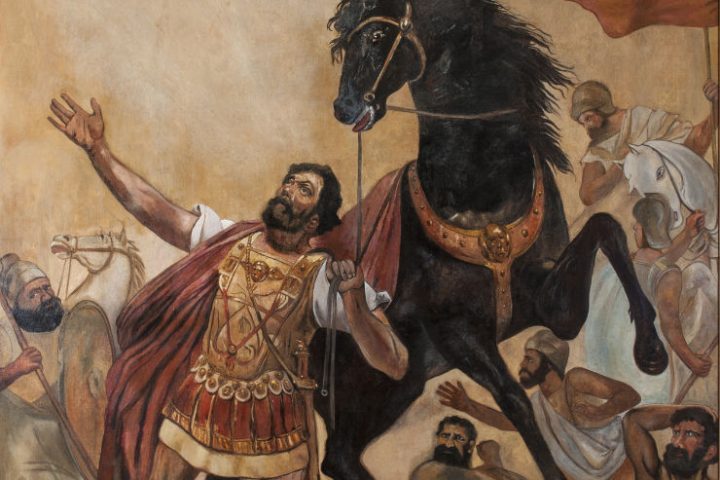