The Funeral of the Century 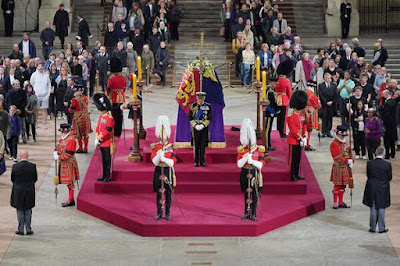 Like many others, I have followed the solemn ceremonies surrounding the death of Britain’s Queen Elizabeth II and the accession of King Charles III almost exclusively on BBC TV. I learned long ago that US TV’s coverage can often get sidetracked by our American media’s predictable reduction of royalty to celebrity (the very opposite of what royalty is supposed to be) and an equally predictable obsession with conflict and controversy (the perennial temptation of all news coverage, exacerbated at present by our current assumption that all values are up for grabs and all institutions should be suspect). The BBC coverage has not disappointed. As expected, it has been complete, knowledgeable, and reflective of both the monarch’s political and constitutional role and the monarch’s deep-seated cultural and social significance.

In an era such as ours when all transcendent values are devalued and all essential social institutions are dismissed as anachronisms, monarchy must likewise demonstrate its significance for people, which it has more than adequately done in the last 10 days. I am reminded of what C.S. Lewis famously wrote in his series of essays, Present Concerns: « Where men are forbidden to honor a king, they honor millionaires, athletes, or film stars instead; even famous prostitutes or gangsters. For spiritual nature, like bodily nature, will be served; deny it food and it will gobble poison. » (What an amazingly accurate assessment of contemporary popular culture, especially American popular culture!)

Ours is also an era when feeling and sentiment so totally dominate our responses to events in the world. Hence, it is the emotional reactions which the Queen’s death and the King’s accession have generated, which may matter most to many who are watching. Seen through that more sentimental filter, I too, like so many others, was moved by the small gatherings of locals in little Scottish villages and road crossings assembled to honor the Queen of Scots on her last journey, the first sovereign to die in Scotland since her ancestor James V died at Falkland Palace in 1542. Comparably moving was the image of the ever-dutiful daughter, the Princess Royal, who had been with her mother at the end and who faithfully accompanied her coffin from Balmoral to Edinburgh to London, as she repeatedly curtsied to the standard-covered coffin. Then there were the London crowds clapping in the rain as the royal hearse returned to Buckingham Palace for the last time, the royal princes walking in formation behind the gun-carriage on Wednesday, the thousands of ordinary mourners queuing up along the Thames for hours for a few minutes of veneration in historic Westminster Hall. Finally, we watched those uniquely British princely vigils by the Queen’s four children in both Edinburgh and London and yesterday’s vigil of the Queen’s eight grandchildren. Tomorrow, we will be impressed by Kings, Queens, Emperors, and other Very Important People arriving by bus at the Abbey to honor the world’s longest-serving and most widely travelled diplomat. But we will not see perhaps the most emotionally touching scene of all, when at the end of all this grandeur, the Duke of Edinburgh’s coffin will be brought to Windsor’s George VI Chapel, where husband wife will be buried next to each other, as any loving husband and wife would wish to be.

But beyond such sentiments, there were also those glorious religious services at Saint Giles’ Cathedral in Edinburgh, Saint Anne’s Cathedral in Belfast, and Llandaff Cathedral in Cardiff, and the amazing religious experiences we will be privileged to witness at Westminster Abbey and at Saint George’s Windsor tomorrow – witnessing not just to the Church’s particularly public position in that supposedly secular society but more deeply to religion’s residual strength as the language and symbolic structure uniquely capable of expressing deeply felt and shared human emotions. The singularly sacral dimension of human life and death and of social and political community has been abundantly on display these ten days. And the vicarious role certain institutions, like monarchy, are particularly well fitted to play in mediating that sacrality has also been abundantly on display.

Among those ordinary citizens who queued up to honor their queen and certainly among the many elite figures who will participate in her funeral at Westminster Abbey tomorrow, many (perhaps unavoidably) also honor those millionaires, athletes, and film stars C.S. Lewis warned about. How can anyone live in and be a participant in contemporary society and its totally distorted values without in some sense participating in honoring such icons of wealth, power, and celebrity? That is what makes counter-contemporary institutions like monarchy so significant and necessary. Monarchy is one of several such counter-contemporary institutions, one to which only some societies still have access. Religion, more widely accessible in most societies, is another – at least when religion is not tamed and trivialized into therapy.

Monarchies like those that still survive in modern Europe perform necessary political and constitutional functions, which in their absence would still have to be performed – presumably by politicians, who would probably perform them much less well than King Charles and Europe’s other current kings and queens. Some mistakenly may suggest that having a king or queen perform political or constitutional functions which some politician could do instead is « anachronistic. » And indeed it is anachronistic, but in the best sense of that term – unlike, for example, the U.S. Constitution, which is also extremely anachronistic, but increasingly so in the more dysfunctional senses of that term.

In the modern world, it is the anachronism associated with monarchy which is the source of its immense sacral, symbolic power. It embodies as Walter Bagehot so famously formulated it, the anachronistic dignified dimension (as opposed to the modern efficient element), which elevates a nation’s common life. All that too has been abundantly on display these past ten days. 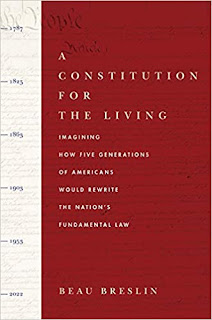 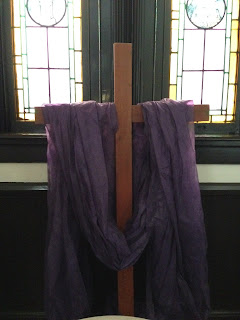 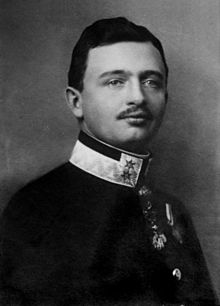